A place for all new members to the forum to introduce themselves, tell us a little about you, your radio experiences, and anything else relevant
Post Reply
100 posts

G'day all... just a virgin at scanning.. my mate had one going in his shed and I got hooked.. bought myself a UNIDEN UBCD396XT and while I've managed to get a couple of vicpol channels the owners manual is like trying to read chinese to me.. guess I'd like to be able to use it to its maximum so any available info or software I may need to access all please let me know how I go about things. please put it in basic as I ghuess I'm not the sharpest tool in the shed when we come to these type of things.. cheers hillster
Top

I got interested in scanners in 1989, as a flow on from AM/USB/LSB CB radio, I think someone might of suggested looking into this "new thing" of scanners.

So for my 17th birthday back in May of 1989, I purchased my first scanner. Never looked back, just love scanning. My main interest is in fire rescue MFB in Melbourne, you always get a pick of what's happening at the call from their "word back". Do miss the day's you could monitor the police and see that they were saying about the same job for example.

Not sure where I would be without my UBCD396XT.

Hi Aus, Canada calling.
I am a Ham radio operator, worked in electronics most of my life, a scuba diver (cold water eh) and a volunteer fire fighter. I got a hand me down radio on the department that had no software. The ICOM Ic-F50. Figured I should figure out how to program it. Found this forum had the software and some tips on trouble shooting. A few hours and a quick soldering job (see my other post) and I have a fully functional radio now.
I mostly operate on 2 meter's have done a little HF on 80,40 and 20 meters.
I have a wouxon KG-UVD1p, a Kenwood TM-731, a Yaesu FT8900R, an icom 736 HF base station, an Yaesu FT707 (needs work) base station and my we run Icom 28H mobile radios in our cars (3), wife, daughter and son are operators to though my son lives up island now, don't know what rigs he has anymore.
I have a few old scanners but do not use them much due to other priorities.
Radios a great hobby.
All the best, great site.
Enjoy every moment
Peter, VA7DVR
Top

Hi, I'm a new icom ic400pro owner new to uhf radio and new to this forum! Looking forward to getting to know my radio and fellow uhf radio owners better!
Top

Greetings
I got into cb when I fitted a gme to my hilux and bought a programming cable then figured out how to program scanner channels in.. I find it a lot more interesting then the usual truckie channel 40 jibber..
Top

Only have joined today my wife and I run a Firewood business in W.A
and she has bought me an Icom IC-F6021 am a total virgin to this so any help would be great.
Thanks
Damien Moora W.A
Top

Hi all, I'm an Interstate truck driver and run between Sydney and Brisbane on express five nights a week. I was into scanners years ago as a tow truck driver and have been ever since. Now it proves an invaluable tool, I use the internet based one on my iPad as well as a mobile mounted one in my truck not, for the perceived reasons of HWP locations as they never give them out, but more from the perspective of knowing when the road becomes closed due to some misfortune or act of nature. This allows me to divert to a different road or if I am held up will allow me to know for roughly how long..... Go to bed or not. It also provides some light entertainment during the long hours of driving. I'm about to invest in a new digital scanner, probably the 996XT but will keep reading to see if this will be a viable solution.

Good to hear from you.

I had many people congregating around my car when I was a Pizza delivery driver many years ago. We would often have a towie parked in our car park scanners blaring on the local channels of interest. Happy days before some went encrypted but still plenty to listen in on. I actually had a situation when driving to Coffs Harbour from Brisbane some time back where my wife was pretty impressed to know what had happened 100k up ahead allowing me to take a sneaky diversion and save the dreaded grid lock with 3 young kids arking up in the back!

I started out listening to my Dad's shortwave radio on Saturday mornings back in the late 70's It was amazing to hear Voice of America fading in and out as conditions changed. Then CB arrived and I started out with a Uniden PC-122, a couple of GME Electrphone models and was again amazed when I could sit in the driveway in Mackay and talk with guys in their 4WD on Stradbroke island.

Then UHF CB arrived and I owned a few different radios over the years. Unidens, GME's and oddly enough, my favourite was the Philips FM620.

Working in electronics and IT, it was a natural progression to end up with an amateur license in the mid 80's.

As for scanning, my first scanner was a Uniden bearcat 220XLT which I loved but it's limitiations were a bit frustrating so I then changed to a AOR-1000 which was quite a step forward. Loved it until it finally succumbed to the common faulty keypad issue with that radio some years later. Had a break for a while then bought a desktop uniden from the US for a bit of fun to listen to air band mostly and have also in recent years bought a couple of handheld transceivers for amateur use that also serve as basic scanners for UHF & VHF bands. Since I have around 2.5 hours of work commute each day, I have plenty of time to listen around Brisbane.

Currently researching a dedicated portable scanner that may join the collection soon.

I suppose you could say I'm a bit of a radio tragic ...

Hope to help the forum out, excellent and resourceful site.

Hi Guys,
Just signed up today - I used to listen to police and emergency services many years ago down in good old Sydney on an old Tandy (Realistic) Hand held scanner, but now I'm up in Brissy well Beenleigh area many years later (26 actually). I like getting out in my 4x4 and hitting the tracks and the Uniden UHF I have has a scanner built in. I have had a few police channels programmed in for a year or so now but decided to look for a few more frequencies. Well I came across your site and I am well impressed. Keep up the good work!! 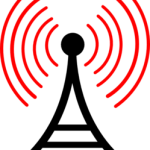 4x4Alan wrote:Hi Guys,
Just signed up today - I used to listen to police and emergency services many years ago down in good old Sydney on an old Tandy (Realistic) Hand held scanner, but now I'm up in Brissy well Beenleigh area many years later (26 actually). I like getting out in my 4x4 and hitting the tracks and the Uniden UHF I have has a scanner built in. I have had a few police channels programmed in for a year or so now but decided to look for a few more frequencies. Well I came across your site and I am well impressed. Keep up the good work!!

Thanks for the kind words Alan and welcome

Hi all, just joined the site today. Im from country NSW and have been a scanner fan for quite a while now ( started with cbs in the late 80s and worked my way up)

Glad to be here, just purchased a newer Uniden, updating from the 396t
Top

Hello All,
Just want to say hello and introduce myself. I'am over from Ireland for the F1 Grand Prix weekend and my third race here in Melbourne since 2013. I have always been interested in Aircraft band and VHF Low and High Police band growing up in Ireland in the late 70s. I started when I modified a standard FM Band 2 radio to receive 82mhz Police Band. It worked quit well but all the TX was narrow band AM and the radio did not have a squelch control. Scanners back then were very hard to get. Soon I moved on to a new set up. A friend gave me a 27 mhz am 40 ch CB with the output transistors short after a reversed bias power connection. I had an old 12v B/W TV that had a biscuit VHF tuner and connected the IF to the CB and with a few tweaks of the tuners LO had 82 mhz in, out at 27 mhz in to the CB and audio out with a squelch control. Only problem was the LO in the tuner as it did not have a PLL it tended to drift a little. After that a few trips to New York in the mid 80s gave me access to scanners.

So to this weekend in Albert Park. I have been scanning the 420 mhz to 495 mhz range to find the TV stations talk back channels. This is very handy at each race weekend to get live coms at the race to go with tv pictures on the large screens around the circuit.

Thanks for sharing. It would have been interesting listening at times over there.
Damien VK3RX
http://www.vk3rx.com
Top

I must be new here. I was here previously but after a data loss and update my account cleared and ..... it goes on. Anyway I'm here now.

I've been radioing since I was a high school kid on a CB talking to the trucks at lunch time some 30 odd years ago. I got my first scanner an AOR1500 about 27 years ago and I've been scanning, working and playing in radio all over the Pacific ever since.

I don't mind listening, but generally get my kicks out of SigInt stuff. Working out who is who in the Zoo on the scanner, The diagnostics of Trunk and Digital systems (Data dump stuff) and building fleet maps from gathered data, I still dump some pager logs from time to time for interests sake and a couple of similar things.

Today I have too many radios, yet each one with a purpose. Everything from DC to Daylight in both scanner and commercial formats.

I recently moved to Cairns and my current project is programming my scanner. I have just dumped 2000 odd frequencies into the scanner registered in Cairns and now identifying who is who and how it all links together.

I'll have a read up on what I can find here. If anyone else is in Cairns give me a holler. Would happily compare some notes and intell.

G'day Brian - welcome to the group.

Welcome back AusPTT, apologies for the data loss it is an unforeseen part of running a website that i would love to avoid at the best of times.
Phil
Forum Administrator
phil@aussiescanners.com.au